The provenance of the Brandeis collection

The Museum Natur und Mensch is Freiburg’s oldest museum. Established in 1895, it houses a sizable ethnographic collection which includes a large number of artefacts from Oceania. When this collection was digitised during 2017-2018, it was established that more than 1,200 objects came to the museum during the era of German colonial rule in Oceania.

A significant part of these, 279 objects in total, have been collected by the former imperial governor Eugen Brandeis and his wife Antonie on the Marshall Islands, where Brandeis was stationed, as well as Samoa. In 1900/1901, they donated their collection to the then called Museum für Natur- und Völkerkunde. Since July 2020, a project funded by the German Lost Art Foundation and led by social anthropologist Godwin Kornes, is devoted to researching the provenance of the Brandeis collection.

One aim of the project is to conduct an ethno-historical research of the collection, in cooperation with representatives and stakeholders of the originating communities. In addition, the project is going to re-evaluate the biographies of Eugen and Antonie Brandeis focussing on their roles as collectors and donators to the museum. Here, a special emphasis will be on Antonie, who remained largely in the shadow of her influential husband, even though she was the one mainly responsible for collecting objects.

With this twofold approach, the project contributes to the critical re-examination of German museum collections from colonial contexts and the lives and work of representatives of the German Empire.

The Museum Natur und Mensch invites the public and researchers /research institutions to participate in this project and to come forth with relevant information about the lives of Eugen and Antonie Brandeis and their history as collectors. Contact:
Tel.: +49 761 201 – 2542
E-Mail: godwin.kornes@stadt.freiburg.de 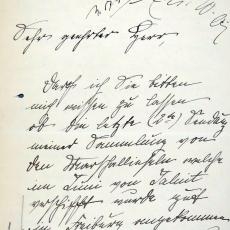 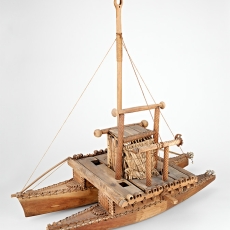 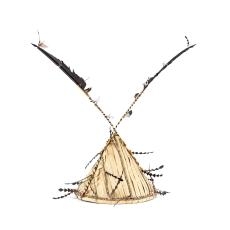